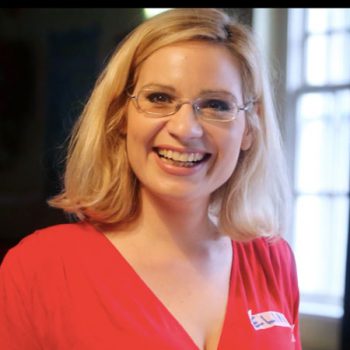 Elina Makri is an independent journalist and media project manager.

She was born in Athens, studied Law in France, International and European Law in Belgium and has been trained on Data Journalism & Computational Reporting at the Columbia Journalism School in New York.

She is the co-founder of oikomedia.com, a digital platform designed to help cross-border collaborations of media professionals and implement cross-border journalism projects.

Since 2006, she has participated and implemented various projects related to new media, always involving European journalists and teams. On 2012 she received the Charlemagne Youth Prize for the cafebabel.com European wide project “Europe on the ground“. Since 2014, she works closely with tech professionals for the creation of technological tools that help journalists, organized a Data Journalism hackathon and done data investigations about water mismanagement as well as international migration.

Elina enjoys working in the editorial side of media as much as on the business side. Should you want to check more about her work, just tap her name without space and .com