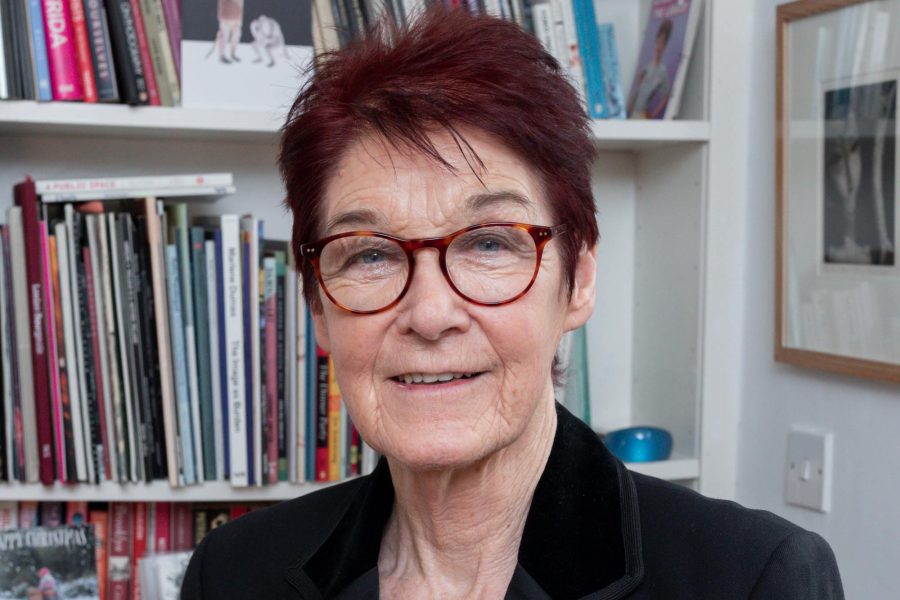 Ailbhe Smyth, 72, is an Irish writer, academic and activist. For decades, she has been at the centre of political campaigns to legalise divorce, same-sex marriage and the historic 2018 vote to repeal a constitutional ban on abortion.

1946: Smyth is born in Dublin, Ireland.
1977: Smyth’s daughter is born, drawing her towards feminist activism.
1986: A low-point in Smyth’s career, when Ireland votes to reject the legalisation of divorce.
1990: Smyth establishes women’s studies course at University College of Dublin.

HISTORY OF WOMEN’S RIGHTS IN IRELAND

1983: Ireland’s 8th amendment is adopted, where a woman’s life is equal to that of an unborn child.
1995: Legalisation of divorce.
2015: Legalisation of same-sex marriage.
2018: Legalise of abortion by a landslide victory of 62%.

Could you describe what life was like for you growing up?

I was the first girl in my large, extended family to go to university, even if we were a well-established middle class clan. I was the eldest of six children, five girls and one boy, and my sisters are still resentful of the fact that I bossed them around! When people ask me: “Where did you get your capacity to tell people what to do?” Well, that definitely came from family life.

I’ve been going to France by hook or by crook (and it was often by crook rather than by hook) since I was about 14. I wanted to get out of Ireland because it was so stifling, so Catholic, so repressive. It was so Irish, which seems like a terrible thing to say, but we just looked at ourselves; we were a very inward-looking and introverted country. I wanted to get out into the fresh air. I wanted to see how people did things elsewhere.

What work have you done throughout your life?

I’ve been an activist for a very, very long time now. When I came out as lesbian in my late 30s and early 40s, I just naturally became involved in what we called ‘lesbian and gay politics’ at the time, now LGBT politics.

It was very clear from around the early 2000s that there was a movement, particularly in North America but elsewhere in Europe as well, for marriage rights for lesbians and gays. I got involved quite closely and then centrally with the marriage equality referendum.

The issue of abortion and women’s right to choose was one that I was involved in for a very long time, since the early 1980s. It was part of my feminist thinking. Throughout the 35 years, between the 1983 referendum that prohibited abortion in every circumstance except to save a woman’s life and 2018, it was always on my agenda. It was always the unsolved piece of business, always there as the spine of the work that I was doing. Abortion was the profound challenge, it was the bedrock of conservative resistance and traditionalism. It was the patriarchal foundation in this country, so going up against it was really quite huge.

“My daughter was born ‘illegitimate’ because I was married to someone else and couldn’t get divorced.”

How would you describe your political philosophy and current project?

For me, freedom and equality are huge drivers. I think as human and social beings, we have a responsibility to ensure that everyone has the opportunity of having the maximum amount of freedom in their lives and the wherewithal to live their lives with decency and dignity. That means they need good laws, social justice, economic justice and equality.

My project at the moment is to continue that work of fighting wherever that’s necessary.

When was the moment you first felt political?

One of them, undoubtedly, was when my daughter was born. Technically, she was born illegitimate because we still had a status of illegitimacy. I was married to someone else and couldn’t get divorced because we didn’t have divorce until the mid-90s.

First, I realised that that status of illegitimacy was stigmatising and unacceptable. Then, I realised that the moment I became a mother my life chances narrowed to a degree that was absolutely incomprehensible to me. I started looking around to see, “well what’s going on here?”

That was in 1977; I found the women’s movement. From that moment on, I really became a feminist and then went on to set up women’s studies at UCD [University College Dublin].

Could you tell me about the European influences on your activism?

Because feminism was such an international movement, my references were not only or even necessarily North American and British. For me, it was the whole panoply of the French and where that led you to in terms of Germany, or meeting up with the Italian Marxist-feminists in northern Italy. We were in this together, we reach each other’s work, we discussed our campaigns and we met up as often as we could. That certainly started happening more and more when women’s studies came on stream as well.

Right across the board, there is a European movement of women that is really, really, really important. It’s always informed me and helped me to see that where I am is not the only place to be, and that problems can shift and change. I think we have to keep opening our minds to that dialogue, those polylogues, that we have in Europe.

When were you most disillusioned with your work?

Many, many, many, many times. I’m not used to victory. I do have vivid memories from 1986 when we lost the first divorce referendum here and, at the stage, I had been technically married to a man I hadn’t seen for 10 years. It was the one and only time in my life I thought: “I’m going to emigrate, I’m going to leave this place, it’s impossible, nobody can live here. We have no freedom.”

Then, practicalities reasserted themselves. I like living in Europe, I am European. I’m Irish, I’m a European, I want to live here. The only thing to do is to get dug in and keep fighting.

“Brexit is a catastrophe in the making.”

How has the role of women in Irish society changed?

Feminism and the women’s movement has changed something really profound in our society. It has completely shifted gender relations. Gender relations have been given this enormous jolt and been tossed up in the air. I think that’s what the women’s movement did, it sort of threw everything up there for grabs and it’s still in the process of sorting itself out and landing.

Women [today] are much less ready to accept the inhumanities, the cruelties, the indecencies, the violations in our lives that previous generations did. We have not yet solved all the problems, but we do not take it sitting down. What makes me hopeful is the constant breaking of silences, showing how the levers jammed to prevent us moving and identifying that [thing]. Something really central and really deep has shifted.

How has becoming a member state of the EU shaped Ireland?

Ireland’s decision to join the EU came in the middle of the 1970s. It was absolutely massive for Ireland. It was about connecting ourselves to the European mainland and saying: “We’re not just an island off on the side.” Symbolically, that meant a lot and – subsequently – it meant a lot economically with regards to opening our markets.

I do have very sharp critique of the European Union. I think it’s still profoundly unsatisfactory, but I don’t think that’s a reason to deny the importance of being part of the European Union. What that should make us do is work to make the EU genuinely democratic and more focussed on social issues, on equality of justice and human rights.

We have had two very liberal progressive victories. They boosted a sense of leadership for Ireland in terms of progressive politics in Europe at the moment. I think Irish people are rightly quite proud of that, and wanting people to hear that a small country can do it.

What is your view of feminism today across Europe and its current revival?

In Ireland, there’s no doubt that there’s been a rejuvenation. I do think there’s a core of a women’s movement in pretty much every country I’m aware of in Europe. The difficulty is in getting it up and over the parapet where you have [to compete with] strong, far-right populist movements gaining ground in Europe.

It’s been really interesting to see women in Poland who, for a long time, have absolutely not given up on fighting for their rights. And beginning to see women in Hungary standing up too has also been important. The women’s movement in Italy is still very alive. I’m looking at Germany too, where I spoke at a rally not so long ago and where hundreds and thousands of women are very, very, very active. Young women are increasingly getting that feminist bit between their teeth and really working for their rights.

“We still don’t have economical, social and political power equality.”

How will Brexit weigh on women’s issues in Europe?

I’m also fearful that it will make the European Union more defensive rather than more creative and imaginative and courageous. I actually think that, with the threat of populism in Europe – which is massive – it’s a time when we need to be courageous, brave, principled and imaginative, and not give up on the principles of equality and justice that are supposedly at the centre of our European Union.

What has been your most profound failure and your greatest success?

The failure is the ongoing failure to make sure that women are all treated equally, and the failure with regard to women who are in particularly vulnerable and marginalised groups. I always come back to women with disabilities, migrant women, poor women… That’s the sadness, but it’s also what drives me to keep on working.

They say your greatest success is always your most recent one! So I’ll take achieving abortion on request in the first 12 weeks of pregnancy for women in Ireland as being a massive, massive achievement for the Irish people. I’m very pleased and very relieved about that and I think it is a beacon of light for women in Europe.